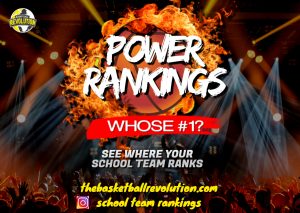 School Team Power Rankings week in review 3/9
The Power Rankings Final Tournament took place this weekend and it was a fantastic event. getting to the top is easy but maintaining the top spot is a lot harder as all the top seeds fell to the hungry challengers.

5th Grade
Southridge avenged their early season overtime loss to Beaverton by defeating them 36-30 in the finals.

Lake Oswego took down Barlow to win the 3 rivers championship.

Thurston defeated 24sven to win the tournament in Eugene.

7th Grade
After a hard-fought semi-final games, the #1 seed Sherwood squared off with #2 seed Tigard in a grueling championship game. After the smoke cleared Tigard stood tall on top of the power rankings.

In Eugene, Sheldon continues to show flashes of greatness, winning another championship.

8th Grade
Do you believe in miracles?? the lowest seeded Wilson Trojans comes in the Power Rankings Tournament and beats the #2, #6, and #3 seeds to become the 1st ever Power rankings champions. The PIL is a force to be reckoned with.

North Eugene wins the tie breaker vs. Eugene Titans to win in their home city. 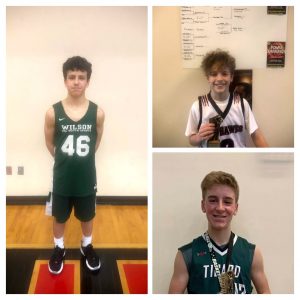 Players of the Week

% of colleges that can recruit you based on GPA